1to1 recognises that a large part of the current and continued unequal spatial development of our cities lies in the manner in which we see, make and run our cities. 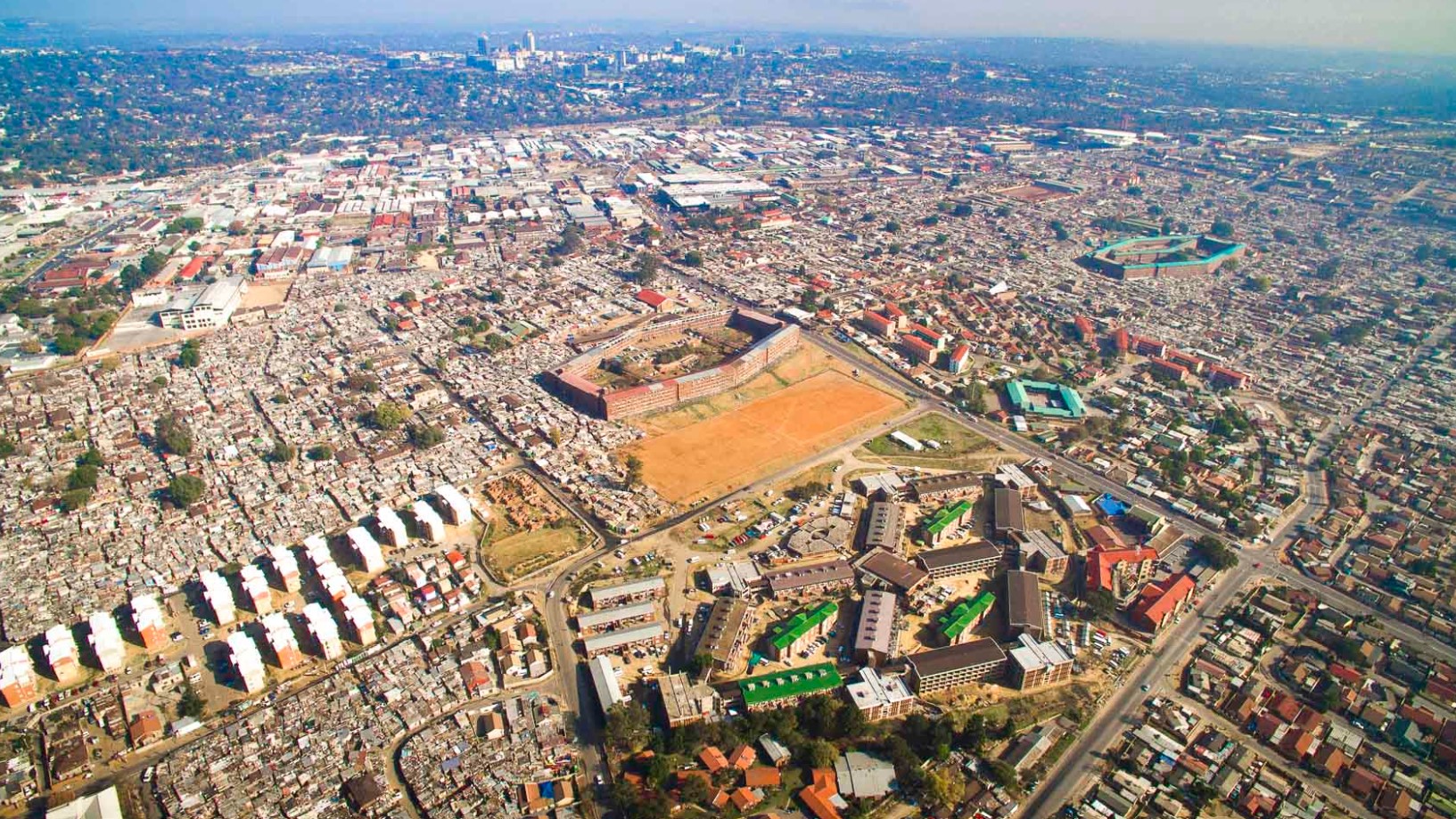 Spatial Inequality refers to the uneven distribution or access given to socially valued resources and opportunities based on location in space or boundaries set by such conditions.

It is considered easy to identify areas that are negatively affected by Spatial Inequality, but due to the systemic and long term nature of the underlying processes that cause this – it is often difficult to clearly identify the root cause that produce spatial unequal urban patterns.

Spatial Inequality is not a causality of development, but a (often biased or prejudiced) result of how cities and regions are planned and governed and where resources and opportunities are allocated.

The most common factors shaping locational and spatial discrimination are recognised to be economic level, race, religion, culture or gender.

In South Africa the legacy of colonial and Apartheid planning have set patterns of spatial development that fundamentally remain in place today, but newer forms of spatial inequality are manifesting post-1994 along lines of gentrification, urban sprawl and housing/land access.

As socio-technical designers, we are driven by a focus on the role for design in regards to spatial justice in South Africa

We believe that each user/resident of a city has a role to play in shaping the collective spaces that make up our urban centers – and we strive to work with this latent social capital that exists within all of us.

We have developed our organisation to be effective across the various scales of social impact in our cities, but focus on the grass-roots level of engagement,: the neighborhood scale.

We hope to one day live in a South Africa where our cities are, and continue to be, spatially equitable, while all who live have equal spatial opportunities.

Spatial Justice for our cities

Spatial Justice as a concept connects the idea of social justice to urban space.

Spatial Justice focuses the spatial aspects of the places we live, work and play in, to the spatial dimensions of politics that govern. us.

It can be used as a framework for action and a tool for urban development, but most importantly it connects the idea of Social Justice to Space (our neighborhoods, our towns and our cities).

The understanding that inequality/injustice manifests most clearly into space and the efforts to address this unbalance aim to achieve spatial equity by re-distributing/adjusting the causes of the unjustness.

we focus our energy towards spatial justice in our cities by addressing:

non-effective use of government policies

South Africa has some of the most progressive urban policies in the world – yet we struggle to implement them effectively or at scale. There is a cross-sectoral lack of focus on national policy being implemented at a local level.

Those most affected by the effects of spatial ineqaulity are largely excluded from the developmental processes that seek to benefit them – often to the detriment of the project outcome.

There exists a pervasive and dangerous set of stigmas and biases against those that live in spatially marginalized areas – these are often described through the conflated and misused terms of informality, density or under blanketed ideas of poverty.

South Africa’s current spatial form is largely due to the legacy of over 400+ years of unequal and unbalanced development based on colonial and Apartheid urban logics.

There is an evident lack of professional and on-professionalized practitioners with the understanding or experience of the challenge at hand in the Built Environment Sector.

Like many organisations in this sector, 1to1 has had to shift our traditional mode of socio-spatial support to respond to the changing needs of the people we work with and our project partners. In addition, the de-densification push by government was a major hurdle in this shifting lansdscape: This has included working with a host…

1to1 Joins the Asivikalane Campaign!

In support of the massive cross sectoral efforts working through the lockdown, 1to1 has recently joined the Asivikalane Campaign, the initiative: “…provides a platform for residents in informal settlements to communicate severe water, sanitation and refuse removal shortages during the Covid-19 crisis. It is a growing network that already brings together 153 informal settlements in…

1to1 has recently gained support from Misereor in the work we have been doing in inner-city Johannesburg. This support comes with a renewed collaboration with our partners in particular PlanAct, the Inner-City Resource Centre and SERI. Misereor supports many organisations in this sector, and 1to1 is very proud to accept this support and connect with…

1to1 has a long tradition of supporting those who would like to enter or get involved in this field of work as interns, volunteers or project specific work contracts.

Want to work with us?

1to1 is always open to work with new collaborators and partners across academic, civil, private or governmental sectors.

Grass-roots entities are welcome to contact us to discuss support.